Now, JEE (Main) to be considered for an entry scheme into Indian Navy, not class XII

NEW DELHI: The Navy is going hi-tech with a vengeance. With state-of-the-art warships, weapons and sensors being progressively inducted by the force, it wants “sea warriors” capable of handling the intricate challenges of the massive technological revolution under way.

First, the Navy implemented plans to ensure virtually all its new officers have B Tech degrees, apart from the traditional military and leadership skills, when they graduate from the Indian Naval Academy in Kerala and now, it has been decided that the short-listing of candidates aspiring to join the force through the 10+2 B Tech cadet entry scheme will be based “only on JEE (Main) ranks” achieved in the all-India joint entrance exam conducted for admission into different engineering colleges. Consequently, PCM (physics, chemistry, maths) percentage obtained in the Class XII board exams will not be valid for this scheme any longer.”Different state examination boards have gone berserk in awarding high marks in Class XII. We were finding the quality of candidates coming for the SSB (services selection board) interview or training very uneven,” said a senior officer.

“The JEE (Main) ranks, which the CBSE has agreed to share with us, will be a better benchmark. With the government approving the move, youngsters will have to appear for the JEE (Main) in 2017 to be eligible for the January 2018 course at INA,” he added.

As was earlier reported by TOI, the first direct-entry batch of BTech officers passed out from the INA in May 2013. Since then, the Navy has been tweaking the three officer entry schemes.

First are the naval cadets who undergo the three-year course at the tri-service National Defence Academy (NDA) at Kadakwasla (Pune) after clearing the UPSC exam and SSB interview. These cadets, who number 78 every year, get commissioned as officers with B Tech degrees after another year of intensive training at the INA. Then, there are the around 110 cadets who directly joined the INA for the four-year B Tech programme after clearing UPSC exams in two batches every year. Under the third and largest scheme, around 120 cadets will now be shortlisted for the SSB interview only on the basis of their JEE (Mains) ranks.

Previous Scheme of Dronacharya Award for Outstanding Coaches in Sports and Games
Next Tamil Nadu: Distribution of Sewing Machines 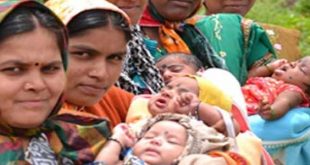