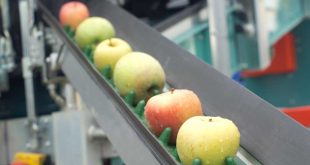 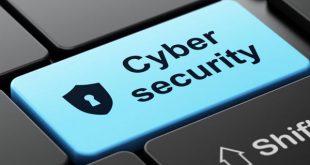 In about to change, Haryana Govt initiated Cyber Security Policy 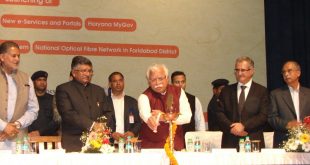 So farmers and agriculture don a grayish, sooty shade after hogging news mostly as victims and the ignored. Farmers, especially in the Punjab to UP belt burn paddy stubble to clear the field in order to prepare it for sowing wheat. The smoke from these burning fields has reportedly added heavily to Delhi’s polluted air.

Concerned state governments have attempted to tackle this problem by banning crop stubble burning. Efforts were also made to advise farmers on adopting agronomic practices to convert the straw into manure or sell it to electricity producers. However, the results are hardly encouraging.

Before trying to address the problem, let’s identify the root cause. Has paddy cultivation started recently? No. In the affected regions, it has been around for about three decades or so. What did farmers do with the stubble then? Well, they harvested the crop and the stubble was used as fodder. Why is it not done now? Come on, the straw is still used as fodder. Then what are the farmers burning? Of course, the straw. But it is that which remained unharvested. And how did the straw remain unharvested? The combine harvesters, silly. 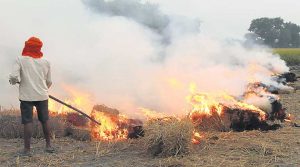 Challenges also present opportunities. Two simple techniques come to my mind. Assuming that the present design of the combine harvester cannot be changed, can companies try to develop an added implement that pulls out the stubble after the harvester does its job? Following right behind it? Or, can any micro-organism based solution or powder be developed that can be sprayed on the stubble, which can “digest” the straw in say three or four days? Consequently, the straw/stubble remains where it was, gets converted into manure at a faster rate, is reused effectively and solves Delhi’s air pollution.

Agribusiness companies need to come out with more such win-win solutions to convert vexing problems into opportunities. These are days of disruptive technologies, not linear thinking. 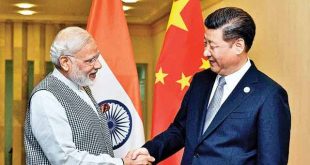